Finding Fiber Internet Options in the US - GetCenturyLink

Finding Fiber Internet Options in the US and across the Globe

The world is rapidly adopting fiber internet for its great speed, reliability, and security. But for now, the US trails behind other developed countries in making the technology widely available.

CenturyLink is working to put the US on the map of lightning-fast internet by building a fiber-optic network across the country. Here’s a quick look at what this option can mean for consumers and where it’s already available.

What Is Fiber Internet?

Fiber internet harnesses the power of light to transmit data across long distances at speeds from 100 Mbps to 1 Gbps. Far above DSL’s speed range of 1 to 7 Mbps, fiber creates the capacity for smooth audio and video streaming, even for higher-resolution 4K video. Multiple devices can tap into the connection at once, even for high-demand activities, like gaming, without leading to a service slowdown.

Where Is Fiber Internet in Use?

These speeds are steadily rising. The Organization for Economic Cooperation and Development reported that the global average connection speed for fixed broadband increased by 2.3% in the first quarter of 2017, as compared to the fourth quarter of 2016. South Korea saw the largest increase, with a 9.3% rise in average speeds compared with the previous quarter. The United States saw the second-largest gain at 8.8%.

It’s a combination of cost and geography, according to David Belson, author of Akamai’s annual State of the Internet Report.

“Countries such as South Korea have more people living in higher density areas such as cities where it is increasingly easier to deliver high-speed internet to large groups of people. In countries like the United States, where there is a large population of people living in rural areas, it’s much more difficult and costly to deliver high-speed internet,” Belson says.

How Is Fiber Internet Being Used?

Cost is certainly a factor in fiber internet-connected communities where the technology is used to bring about social change. In Kenya, for example, the Nairobi Garage made fiber internet available to entrepreneurs and small businesses that otherwise would not be able to afford it.

“Through shared work spaces young businesses and entrepreneurs are able to get internet access as part of their office space at very affordable rates,” says Hannah Clifford, general manager at the Nairobi Garage. “High-speed, reliable internet is vital for these young businesses to compete with the likes of Silicon Valley.”

Liquid Telecom made commercial and residential fiber internet services available in Zambia and Zimbabwe as part of its conviction that such connectivity is “a basic human right,” according to chief executive Nic Rudnick. “Fiber is key to the future economic prosperity of Africa.”

Kolonia in Kosovo was unable to afford access to the internet until Fiberlink piloted an extension of its fiber network to the area. Every household now has a broadband internet connection, and most residents say they’ve seen a significant improvement to their lives because of it.

“Most of us use the internet to talk to our family members who live abroad,” says resident Mergrim Juniku. “We talk to them almost every day, and it is important to have a good internet connection to be able to use the free phone call services like Skype, Facebook, or Viber.”

Vista, another ISP available in Kosovo, brought fiber internet to the village of Studenicani in Macedonia, where a local farmer used it to keep an eye on his cattle via an online video surveillance system.

“The farmer thanks me every time I see him,” says Vista CEO Eshref Mazreku. “He says that now his customers don’t need to come to him to get meat. Instead, he’s selling it online.”

Where Is Fiber Service Available in the US?

Although only 25% of US households currently have access to fiber internet, the benefits of the technology are leading more network providers to invest in these super-fast connections. The increasing number of devices connected to the Internet of Things will also continue to generate high demand and support future market growth in the US.

CenturyLink offers 1 Gig high-speed fiber internet in certain markets that makes it possible to stream anything from any device at any time, even if the entire family taps into the connection simultaneously. To see what areas have access to this service, find your availability on the CenturyLink site and search by zip code. 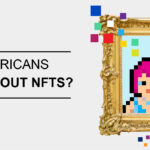 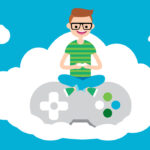 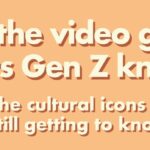