Seattle. Set amid a backdrop of brilliant green forests and mist-shrouded waterways, this jewel of the Pacific Northwest is moody, evocative, hip—and a frequent muse for filmmakers. Some of the TV shows and movies on this list weren’t primarily filmed in Seattle, but these seven picks have a love affair with the Emerald City that’s apparent in every scene.

Movies Filmed in Seattle—or Set There

Some of Hollywood’s greatest cinematic wonders all have ties to the Evergreen State’s gem of a city.

Singles centers on a group of twenty-somethings living in an apartment complex, looking for love, wearing lots of flannel, and listening to lots of mid-90s bands. The film features songs by bands that defined the grunge era: Alice in Chains, Pearl Jam, and Soundgarden. The wardrobe is authentically grungy, too, as Matt Dillon’s character wears clothing loaned by Pearl Jam’s bassist, Jeff Ament. Be on the lookout for Coryell Court Apartments, Gas Works Parks, Chandler’s Crabhouse i, Jimi Hendrix’s grave at Greenwood Memorial Park, and Pike Place Market.

Tom Hanks stars as a widower with a young son who moves to Seattle looking to mend his broken heart. Meg Ryan plays a Baltimore reporter about to marry someone she doesn’t really love. One day, she hears Hanks’ character pouring out his soul on a talk radio program, and the rest is romantic sitcom history.

Though the meet-cute isn’t until the end of the movie and takes place at the Empire State Building in New York City, there’s a lot of Seattle to love in this film. Most prominently, Hanks’ character and his son live in a charming Lake Union houseboat that’s allegedly still docked there—and it sold for $2 million in 2014. Alki Beach Park, the Athenian Seafood Restaurant and Bar in Pike Place Market, and the Dahlia Lounge also pop up throughout the film.

This 1990s teenage version of Shakespeare’s Taming of the Shrew stars Julia Stiles and the late Heath Ledger—and Seattle, of course. Some of the city’s most iconic locations appear on screen, including Lake Union (the site of the couple’s pedal boat date), Gas Works Park (where the couple first kissed), and the Paramount Theater (the prom took place here). The famous Fremont Troll even makes a brief cameo.

With its dense forests, stormy coastlines, and heavy skies, only Seattle could deliver the intense moodiness required of one of the 2000s most iconic horror movies. While you’re waiting for the next appearance of that creepy little girl in the well, keep your eyes peeled for scenes filmed on the streets beneath the monorail and—in one of the most terrifying sequences—on the Whidbey Island ferry (called the Quinault Ferry in this remake of the ultra-scary supernatural flick).

TV Shows Set and in Seattle—or Filmed on Location

Several shows also put much of Seattle on display.

Much of Seattle is displayed over the eleven seasons of Frasier, which featured Kelsey Grammer’s psychiatrist character, Dr. Frasier Crane, taking on a new career as a talk radio shrink. However, locals will probably have more fun picking out the gaffes this long-running sitcom made. For starters, the view out Frasier’s window—complete with the Space Needle and skyscrapers—is a physical impossibility, and it hardly ever rained in this notoriously wet city. Places (like the state of Oregon) weren’t pronounced the way Seattleites would say them, either. And in at least one scene that took place downtown, a palm tree was visible in the background.

This other long-running TV show boasts a Seattle pedigree, even though it isn’t filmed there (for the most part). The series is primarily shot on sets in Los Angeles, though the show includes exterior shots from around the city. You can’t really fake the Seattle skyline or the ferry to Bainbridge Island, after all. Meredith Grey’s house is in the historic Queen Anne Hill neighborhood, and Grey Sloan Memorial’s exterior is the Seattle-Tacoma Airport. In season fourteen, the cast trekked to the Pacific Northwest to film at Gas Works Park, the Fremont Bridge, and along the waterfront.

Moody is an understatement for this Seattle-based suspense series that was shot in Vancouver. Two detectives trudged through nonstop rain, smoked countless cigarettes, and sucked down cup after cup of coffee as they followed a serial killer’s twisty trail. The filmmakers did shoot footage of well-known Seattle locales, but they also created numerous locations to explain a backdrop that clearly isn’t from the Evergreen State. As with Frasier, those who truly know the city may have a better time noting faux Seattle references than celebrating a fleeting glimpse of their favorite coffee shops or parks.

After you’ve caught up on these great shows and films with your  high-speed internet connection from CenturyLink, check out the blogs on our site for more insight about flicks and TV series located or filmed across the country. 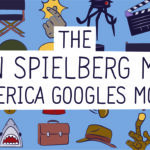